Gaming laptops have come a long way, but can they really replace desktop smartness? 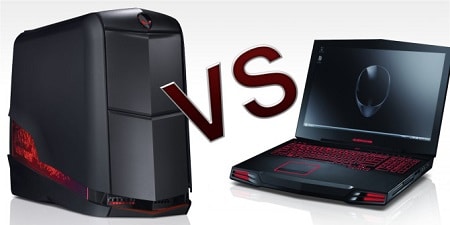 The most of PC gamers think of the dilemma: laptop VS desktop gaming. Every small detail is measured. The sector of desktop and laptop computers is wide. They all have benefits and minuses. The gap between desktop and mobile GPU performance is narrowing at a high speed. The laptop advantages are obvious. Their power becomes bigger day by day. So, can a desktop-replacement laptop now truly live up to its name? There's only one way to find out. Let's make a battle!

The point is: your laptop will never be as powerful as a cost-equivalent desktop. The reason of it is its size. Definitely, desktop has more space to improve it with powerful components. The components have enough space to breathe. Laptops are considered to be the portable helpers. They also can be powerful, but you cannot place GTX 980M inside of your laptop computer. Let's compare.

Of course, the gaming laptop GPUs becomes powerful. But they will always be slower than their desktop counterparts. You can always cram more power into larger components; it's simple physics. But gaming laptop GPUs are narrowing the divide, and this has been the case with every passing generation of mobile GPUs.

Laptop VS desktop gaming means nothing without CPU comparison. Just about all the high-end gaming laptops that arrive in our Lab come with quad-core i7 CPUs, but in all honesty, they hold a rinky-dink candle to their desktop counterparts. Comparing high-end mobile quadcore to high-end desktop quad-core, we take a delta of 40â€“50 percent. And that's not to mention the six- and eight-core CPUs desktops can offer. But arguably the biggest win for the desktop column here is the modularity factor.

It's difficult to compare in this point. It was time when the laptop speakers were weaker in sound. But these days, they have an opportunity of harshest audiophiles. The most high-end gaming laptops now offer plenty of volume firepower. And you don't have to spend a fortune to get good audio from a gaming notebook. For example, Lenovo's Y500 gaming series, which retail around $1,000, offer great sounding speakers licensed by JBL.

This should be an easy win for gaming laptops. But the sound goes both ways, and fan noise is a major factor. A good laptop like the Asus ROG G751 will run near silent under load, but something that's too powerful for its britches, such as the AVADirect Clevo W230ST, can sound annoyingly loud. The desktop sound is considered to be more powerful and strong, again, because of size. You should use acoustic system to check the sound. And you have a chance to make the cinema sound at home!

Laptops aren't known to be modular, but most of them allow you to swap out RAM. In fact, some will even let you plop in up to 32GB, which is more than enough for gaming and everyday tasks. Of course, desktop also offers wide opportunities for RAM correction. In terms of pricing, both are pretty competitive, with the cost about $10 per gig of DDR3 on either platform. What is more, the portable RAM slots are available for both, desktops and laptop machines. If we had to give one platform the nod, it would have to go to the desktop. Some gaming laptops, most notably the really thin ones, make it difficult to access the RAM slots.

Buying laptop for gaming, you should check the RAM opportunities first. Typically, the only way to broader RAM characteristics for a laptop is unscrew the notebook's base, which usually voids the warranty. So, desktop computers are more attractive to vary its basic characteristics.

You love mechanical keyboards, which have been a legend of gaming desktops for years, so you're probably thinking this is an easy win for the desktop competitor, right? But while most gaming laptop keyboards merely get the job done, they are also â€œfree.â€ In addition, you could always hook up a mechanical keyboard to your gaming laptop if you need to get your clickity-clackity fix. While you may scoff this off as awkward, it's actually fairly common at big national LAN events. What is more, the decision is near here. You can always use portable keyboard and don't think of it too much. 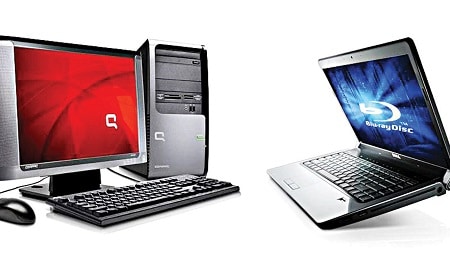 The topic of monitors is interesting. You can see a lot of UHD panels out there, and then there's also the IPS versus TN facet to consider. Most gaming laptop monitors come in the 60Hz variety, unless they support stereoscopic 3D, but those have been rare birds since stereoscopic 3D glasses failed to take off. But even if you've got a crummy 1080p TN display, you could always plug a nice discrete monitor into the laptop. Like the keyboard category, free is better than not free, and you still get the discrete monitor. There is only one fact to consider. The laptop monitors are smaller than desktops'.

Desktops may have the power and the modularity. You can check and add details, repair them and renew. Nevertheless, it cannot be as portable as your laptop. The desktops are still bigger and heavier than the fattest gaming laptops out there. Plus, you've got to lug around a monitor, keyboards, and cables galore. Thus, you have no desire to take your desktop to somewhere. It is better to take your laptop.

The battle laptop VS desktop gaming is done. Laptop platform are also good for gaming as desktop platforms. The point is you can buy a good gaming desktop. You cannot buy a good gaming laptop for the same price. It will be more expensive! Nevertheless, such important qualities as size, weight, and noise, are slowly being ironed out.

In short, you should think good and buy both, a desktop and a gaming laptop.